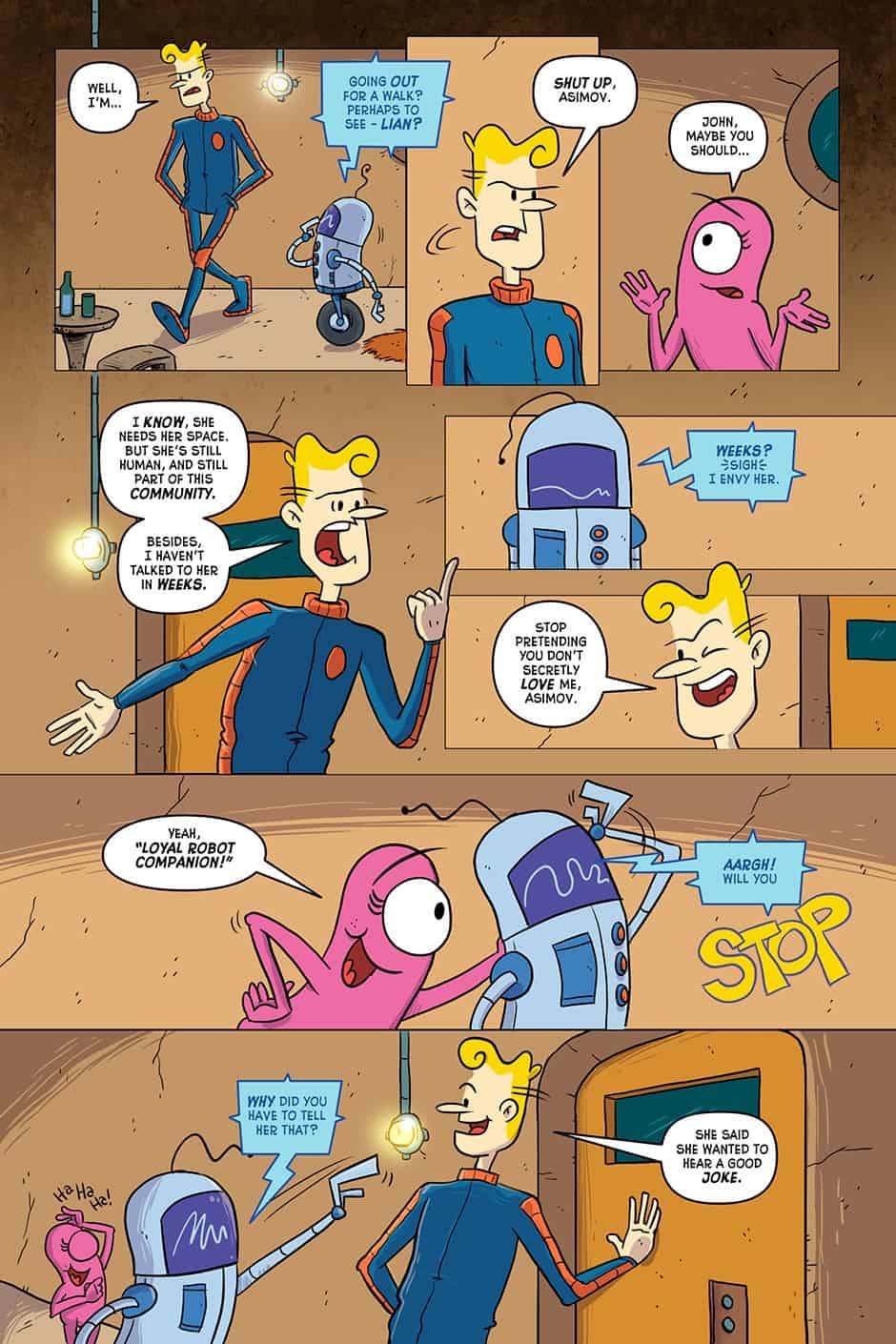 Why is Asimov so irked at the term “loyal robot companion?!” Well, I think you can probably guess – it makes him sound subservient to John ð However, in the New Frontier Federation (NFF) promotional material, that is how the mission robot is described. John never misses an opportunity to rub that in.

You’ll notice John’s uniform has changed a bit. I had been working on an update that would be new but still called back to the original. I’ve gone back and fixed it on the first strip, too.

The return of the comic is going great so far, thank you everyone for stopping by! If you enjoy the strip, please consider letting your friends know. Share on social media or send an email. It really helps me out a lot. You can also become my Patron for as little as .50 cents! The Patreon blog is 3-4 weeks AHEAD of the comic site – there are already 5 weeks of comics there

The plan is to generally stick to one update a week, on Mondays. This week however, I plan on giving you an EXTRA strip, since I got 5 done in February. So look for another comic on Wednesday!