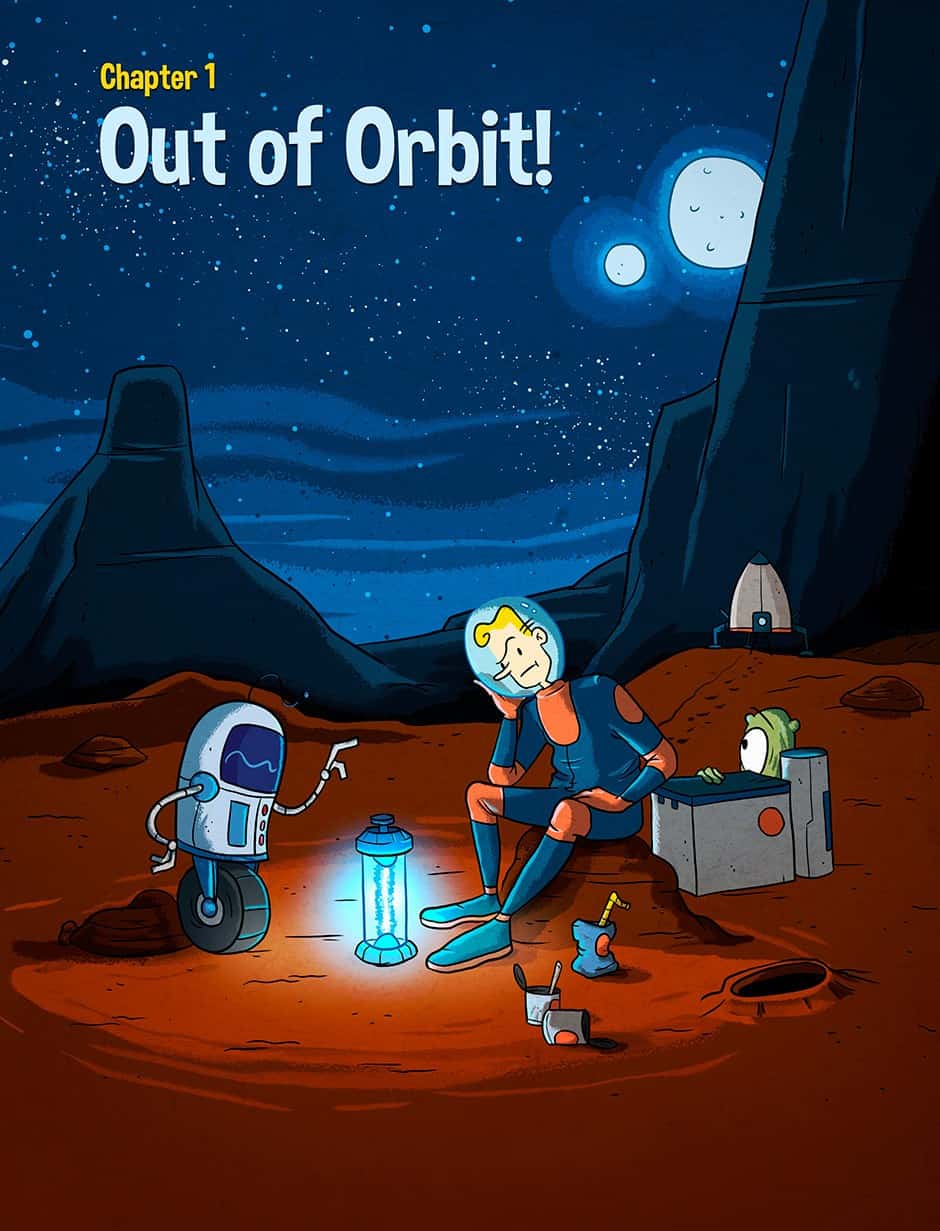 Welcome to Marooned – the story of Captain John, a self-centered space pilot from Earth, and his sidekick Asimov, an automated garbage can turned into a genius robot.

The central theme of the story is Captain John’s journey from hapless to heroic. Along the way he encounters :

Marooned is a mixture of things I loved as a kid. It’s a story that I thought would be fun to read. It’s a mix of influences like Star Wars, Bugs Bunny, Calvin & Hobbes, Thunderbirds, Star Blazers and Peanuts all rolled into one.

And John & Asimov aren’t alone. There’s also Ugo, the martian leader, who is wise and helpful. Ril the orphan tween who has lots of attitude, but desperately wants a family, Zed the renegade alien, and the mysterious Captain Lian Fisher – survivor of a lost mission to Mars who has become something more than human.

In the end, he is presented with an all-or-nothing battle where selfish behavior and foolish pride have no place, that will decide not only his fate, but the fate of everyone on Mars. Marooned is a story that is funny, but it also has heart.

So sit back, grab your favorite drink and snack, and dive in!